skip to main | skip to sidebar

Obesity Is A Private Matter

I heard this second hand. My brother-in-law teaches in a school with some ladies who have weight issues. Read on to understand what "weight issue" really means....
Standing in the copy room one day, two of theses ladies were discussing how their obesity creates personal hygiene challenges...loud enough that the following exchange was clearly heard.

"You know how hard it is to wash under your rolls?"
"Yeah."
"Sometimes I just can't for a while, but if I don't it starts to smell." (Picks up roll of fat -- apparently known in medical circles as an "apron" -- to demonstrate)
"Mmhmmm."

My brother-in-law may never recover from the odor or the visual trauma.
Posted by They Took My Stapler at 12:26 PM 15 comments:

An E-mail You Should Never, Ever Have To Send To Your Boss 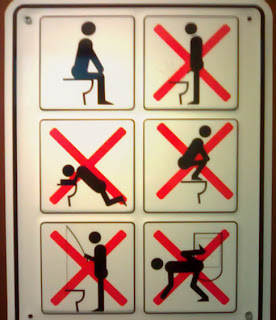 I work for a property management company. That should have read, "I baby-sit school children all day." This e-mail to my boss stems from a problem that comes up quite regularly, but not quite to this magnitude. Names have been changed to protect the innocent. Happy reading:
Boss Lady,
So, this has been a recurring problem. It's been an issue before but it's just reared its ugly head in the past couple of weeks. I received a call this morning about this issue and received an e-mail just a little bit later so I decided to go check it out. Usually when they call it's that there are used paper towels or coffee pot stains on the counter.  This time there is poop on the floor. Little baby turds. There is one on the floor and one hanging on the outside of the toilet rim. Clearly a feat like that is intentional because you can't just miss and have it miraculously stick to the side of the rim. They had to have used their hands. (I can't believe I'm typing this e-mail.)
Anyway, I had maintenance clean it up so it's fine now, but apparently there are boogers on the back of a couple of the stall doors in the men's restroom. A lady from that floor called almost immediately when I walked back in the door as I got back from looking as this mess to tell me about the men's room and make a suggestion. She suggested that we put locks on all the restroom doors that could only be accessed by tenants on that floor. I suggested she stop smoking by the front door! :) I didn't say that, I just wanted to. (She has a bad habit of smoking by the front door of the building.)
Anyway, I told her that I would talk to you about it, but that ultimately it would be something that is charged back to the tenants and it may be hard to justify that to the other tenants in the building if it were building-wide. That may be something that would work for just their floor though, since there are only 2 tenants on that floor.
Moral of the story: We can't lock the bathroom doors AND you should poop in the toilet, not on or around the toilet!
Posted by They Took My Stapler at 6:00 AM 8 comments:

Do Pageants Have Regional Delegates? Still No Excuse.

I once worked with a woman who came to work on Halloween with a sash that said, "Miss New England." When questioned about the costume, she said she was a contestant in the Miss America pageant representing the state of New England. Interesting. I've never been there. 'Cause it doesn't exist.
Posted by They Took My Stapler at 6:00 AM 3 comments: 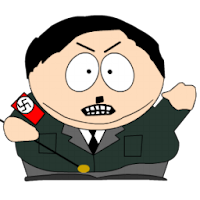 I once worked with a woman who had never heard of the Holocaust. I think that pretty much sums her up.
Posted by They Took My Stapler at 6:00 AM 2 comments:

The Breast Conversation Ever

I've worked for bosses that were pretty skeevy in the past, but none have been so, um, forthcoming with it as my current employer. He's a college professor who's second in charge of our department, and I'm his secretary, which means I usually bear the brunt of his cluelessness.

Our new graduate students had arrived for some orientations and what not. One of them has just had a baby over the summer, and OK, maybe she was showing off the pregnancy boobs a little. She came in one day and asked me -- privately -- about a good place to pump breast milk. Having no experience in this area, I was all, um, the bathroom? It's the only place I could think of.

Now, my boss has an unfortunate habit of staring women in the chest when he talks to us. Yes, it gets old, but he's a dude. What am I gonna do? I choose to ignore it and move on. But this poor girl, who has only been here for a day, apparently got the brunt of it early on.

I know this because my boss pulls up a chair next to my desk the other day and says he needs to talk to me about something "outside his area of expertise." Mentally groaning, I listen as he gives me the following recap of events:

"So I was talking to (grad student) a few minutes ago and I was staring at her breasts and she told me she just had a baby and needs a place to pump."

Mind you, there was NOBODY in the room at this point except the two of us. Could I have been more uncomfortable? I think not. Not knowing how to react to this, I just told him I'd check the staff bathroom to see if there was an outlet in there.

I know he looks. I see him doing it to every woman who comes through these doors. But does he have to admit it to me like that? No, he does not. And yet he does.

I saw that grad student later that day and started to tell her we could get her a key to the staff bathroom, which is a little more private than the student one, if she wants. She stopped me mid-sentence to say she had ordered a battery pack for her pump and that's the end of it. Poor girl.

Also, I need to remember to buy some baggy, high-necked shirts to wear to work.
Posted by They Took My Stapler at 6:00 AM 3 comments: 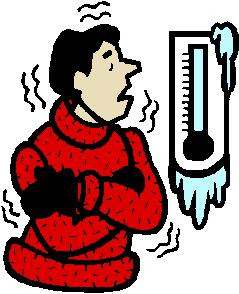 I work part-time in an elementary school office. The majority of the office workers (including our principal) are very cold-natured, or wear short-sleeved shirts year-round. Our counselor is hot-natured. And apparently retarded. She insists on wearing heavy sweaters and down vests with turtle-necks, even though we live in the deep south. And then she sneaks around and turns the air-conditioner on and down to 60 degrees. And she wonders why the principal yells at her!
Posted by They Took My Stapler at 6:00 AM 9 comments:

I once had a coworker who was very, very strange. It's hard to sum him up in writing -- he was one of those people you really just had to experience in person -- but suffice to say he had led a very sheltered life before entering our profession, which requires you to be at least kind of competent when it comes to talking to people. It did not go well. He was awkward, long-winded and excruciatingly weird.
One day this coworker had a large binder open on his desk, holding it upright so his face was shielded. There was something fishy about the way he was turning the pages, and eventually I realized there was another book hiding behind the binder.
Because I had nothing better to do, I decided to make it my mission for the day to figure out exactly what he was reading at his desk, and why it had to be kept secret. Eventually the binder slipped and I got my answer.
Letters to Penthouse.
Posted by They Took My Stapler at 6:00 AM 3 comments:

Need to vent? Got an annoying co-worker, boss, client, or other wacko you've encountered in your professional life? You're not alone. Vent anonymously by e-mailing us at:
theytookmystapler@gmail.com

1. You cannot identify yourself.
2. You cannot identify the coworker in question.
3. You cannot name any company either of you has ever been affiliated with.
4. This is meant to be funny. Stories of workplace violence, threats, harassment, or other disturbing behavior will not be posted.
Need more info? No problem. Just read the inaugural post here. If you still have questions, shoot me an e-mail. Don't you wish work were this easy?